The particular and characteristic shape of the town of Capoliveri shows trails of ancient and contemporary architecture. Initially built as Etruscan fortress, the town has possibly been founded much earlier, as Greek and Phoenician sailors visited the island, which was rich in iron ore and already famous for its copper deposits.

Within its archaic walls, the town took a rational geometrical shape that is typical for the Latin building tradition, while during the Middle Ages the paved area grew around the Piazza and the present Via Roma, which is the main road as well as the highest. From there, branch out a whole lot of small alleys, little streets, tiny spots in herringbone pattern, characterised by small and big archways and pathways.

From June to September the „Marebus“ line is operating and will take you to the most important beaches of the municipality of Capoliveri. 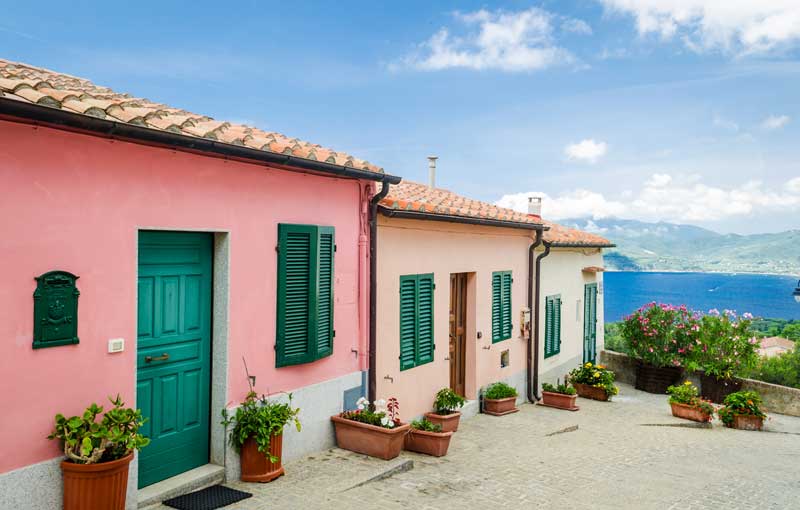